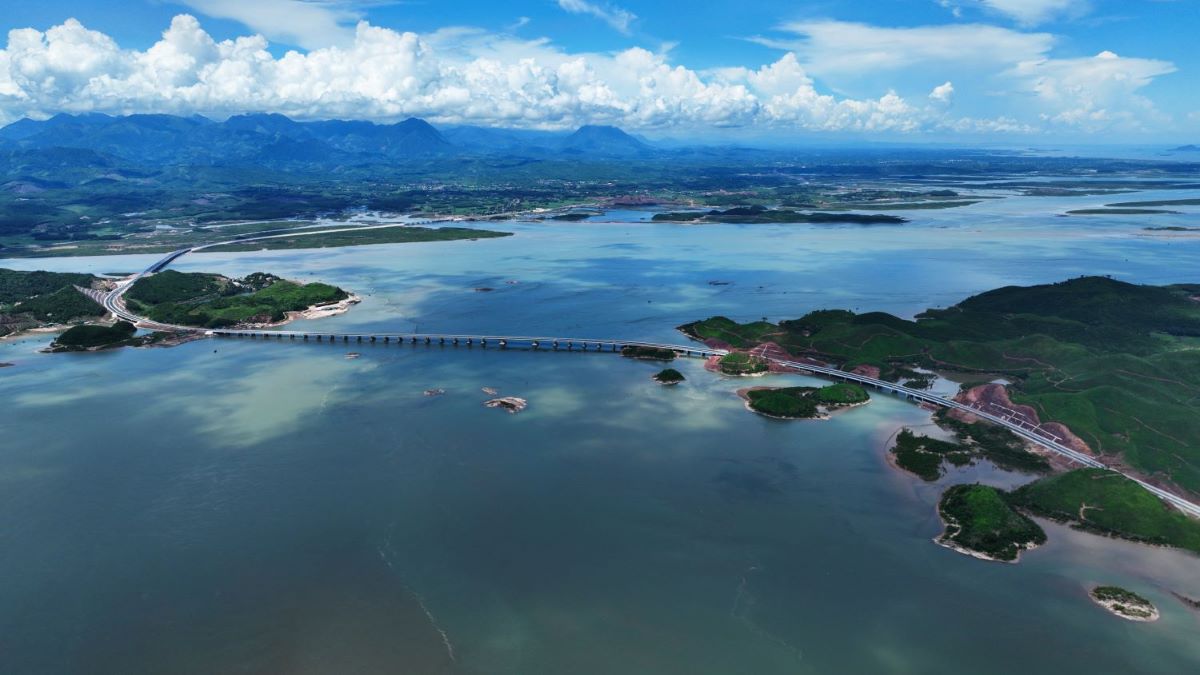 The Van Don-Mong Cai Expressway, which winds its way through spectacular terrain of rice fields, hillocks, sea and rivers, is itself a spectacle as aerial captures show.

The expressway, which links the investment hub of Van Don in Quang Ninh with the northern province's Mong Cai border town, opened to traffic Thursday.

The island district of Van Don is home to the Van Don Economic Zone and Van Don Airport, the only privately-invested airport in Vietnam. Mong Cai, about 178 kilometers from the UNESCO heritage site of Ha Long Bay, is a trade hub as it borders China.

The project includes the 16-kilometer Van Don-Tien Yen section, with a total investment of VND3.66 trillion ($156 million) using the provincial budget, and the 64-kilometer Tien Yen-Mong Cai section, built at a cost of over VND9.1 trillion ($387.9 million) in the form of public-private partnership (PPP) with Sun Group as private investor.

The main route of the expressway includes 35 bridges across the sea and rivers, totaling more than 7.9 kilometers in length. The most prominent of these is the Van Tien Bridge, which is more than 1.5 km long, 25.5 m wide, and 19 m deep.

The expressway's intelligent traffic system is equipped with 66 CCTV cameras that can observe and clearly see objects at a distance of 1 km, recording 24/24 hours in all weather conditions.

Van Don-Mong Cai Expressway is the only expressway in Vietnam that has a light system for the whole route.

With the inauguration of this expressway, Quang Ninh has become the province with the largest number of expressway kilometers (176 kilometers), accounting for 15% of the nationwide total.